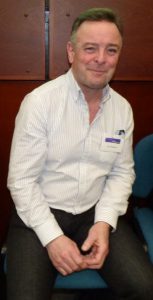 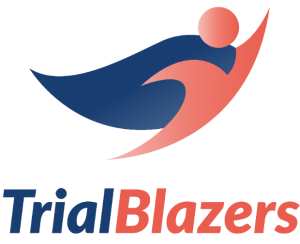 Ken McBride has been an enthusiastic ambassador for cancer clinical trials ever since he took part in a prostate cancer study.

Ken is a ‘TrialBlazer’, part of a campaign raising awareness about the amazing role volunteers play in research https://bepartofresearch.nihr.ac.uk/trialblazers/ .

The message of the campaign is that volunteering in research helps people live healthier and better lives, now and in the future. Ken shares his research story to mark International Clinical Trials Day 20 May 2022 and tells us why supporting cancer trials is so important to him.

Ken was diagnosed with prostate cancer in December 2014. Ken said, ‘When someone says the words ‘you have cancer’, even if you’ve had an inkling, it comes as a shock – there’s no other way to describe it. I was started on hormonal therapy and referred to oncology at the NI Cancer Centre. I met Professor Joe O’Sullivan and I can’t stress enough how much he put me at ease at that first visit, which was incredibly important because obviously I was nervous. I was told about the treatment and what to expect and I was told about the Stampede Trial and asked if I was interested in taking part. For me it was a no-brainer and I jumped at the chance.’ Ken explains, ‘All treatment is based on trials. My treatment was based on what people before me went through. Taking part in trials may be something unknown but it allows treatment to be tailored and advancements to be made. If you take part in a trial you are contributing to research, to the future.’

Describing his radiotherapy treatment Ken said, ‘All the staff were amazing. The radiotherapy staff would put you at ease and they were always keen for you to ask questions. There was no such thing as a stupid question and they were only too happy to answer. Currently I’m still on drug treatment, which is tweaked sometimes due to side-effects, and I continue to be monitored.’

Ken is keen to reinforce the importance of early diagnosis and getting symptoms checked out as soon as possible, advising, ‘Listen to your body and don’t be put off if it’s difficult getting a GP appointment, just keep persisting until you’re seen. In my case, if I’d left it much longer the outcome could have been very different.’

Ken shares his enthusiasm for cancer research saying, ‘I took part in research and, to be honest, if I was given the opportunity to take part in any sort of trial again, I would grasp it with both hands. It’s the only way we’re going to assist researchers get satisfactory outcomes to this disease in all its shapes and forms. Research helps us understand why cancer treatments affect people in different ways. Brave people before me took part in research and I’m happy if I can join those people and make it better for someone in the future.’ 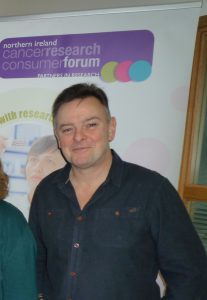 Ken McBride encouraging others to get involved in cancer research

Ken joined the NI Cancer Research Consumer Forum (NICRCF) in 2016 and has been active in Personal and Public Involvement (PPI) in research. Already supportive of prostate cancer research, Ken became a member of the NICRCF Prostate Cancer PPI Advisory Group, working with researchers such as Professor Joe O’Sullivan, bringing forward Belfast-led clinical trials and other research. Ken said ‘I also want people to know about how much research is going on behind the scenes in Belfast and what Belfast is leading on.’ Ken is so passionate about the research in Belfast, he has spoken to the media about his involvement and has supported events and open days to encourage others to get involved.

The NI Cancer Trials Network (NICTN) wants to send out a massive thank you to all the patients across Northern Ireland, like Ken, who volunteer to participate in cancer clinical trials. What they do is invaluable to finding better ways to prevent, diagnose and treat cancer.

The NI Cancer Trials Network is also indebted to the members of the NICRCF. PPI partners like Ken help to prioritise and shape cancer research for the benefit of patients. Anyone interested in becoming a member of the NICRCF should contact Ruth Boyd at the NICTN – e-mail nictn@belfasttrust.hscni.net .

Information about cancer clinical trials co-ordinated by the NICTN can be found at the website https://nictn.hscni.net .

Manage Cookie Consent
Cookies help us to deliver the best experience on our website. By using our website you agree to the use of cookies.
Manage options Manage third parties Manage vendors Read more about these purposes
View preferences
{title} {title} {title}